Today there was a talk about 18th century fashion at the county museum. I wanted to go there, and my friend Emma also wanted to go there, and of course in costume. Emma doesn't have any 18th century clothes, so she arrived in the morning at my place. We could fit her in my desert rose stays, brown pierrot and the yellow skirt I made for my navy anglaise. They all look so good on here, sure the jacket was a bit big, but it worked with some strategic pinning, it only shows how versatile 18th century clothing is. It was really fun to see the clothes in use, since there is no chance that I would be able to fit in them anymore. They are still probably the best 18th century items that I have made.

I was happy to see that I could fit in my full 1787 revolutionary though, I was worried that th coat would be too small in the sleeves, but it also worked out.

After having pomaded and powdered our hair we tried to get some nice bushy styles of the 1780s going. We both realized that our hair is actually too long to make the really good styles, but we did our best. This is actually a lesson, women in the old days didn't necessarily have very long hair because it's actually harder to accomplish some of the styles with long hair.

After the talk, were people also took a lot of photos of us we decided to go out to the 18th century mansion (Gamla Staberg) outside Falun. We were even so lucky that the house, restored to the 1750s was open so we could go in, most photos were taken in the garden though. 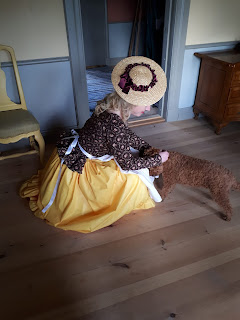 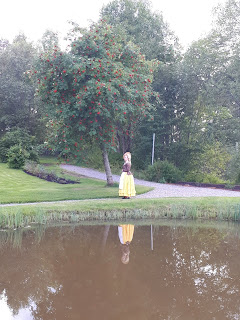 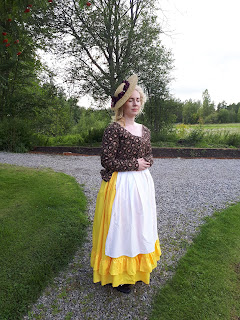 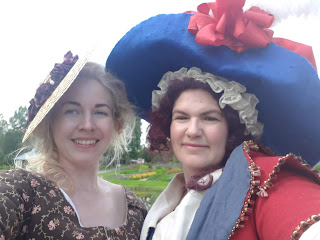 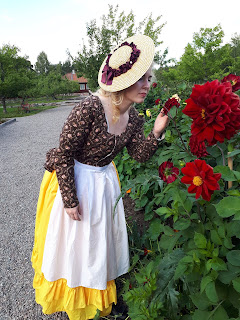 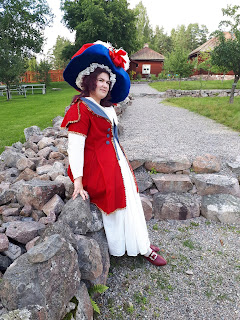